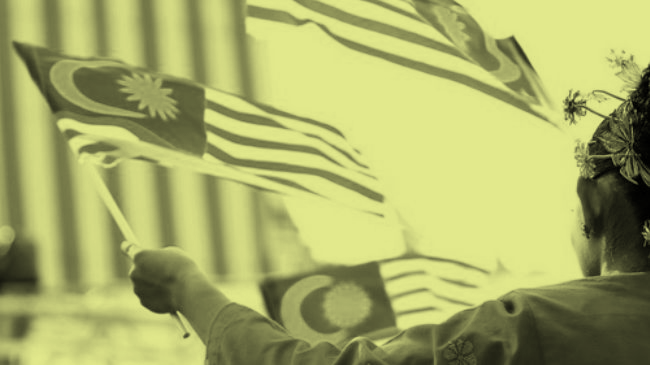 Cross BorderMoving beyond GE14: Disruption is what Malaysia needs

Moving beyond GE14: Disruption is what Malaysia needs 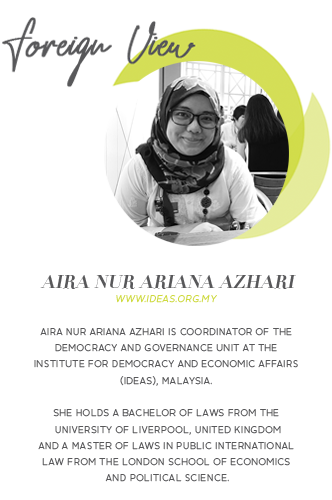 As Malaysia inches ever closer to its 14th general elections, many commentators view the emergence of Parti Pribumi Bersatu Malaysia (Bersatu) and Tun Dr. Mahathir Mohamad as its leader as the biggest game changer Malaysian politics has seen in years. The last two elections saw the opposition coalition denying Barisan Nasional (BN) their two-thirds majority and wrestled control of Selangor and Penang, two of the richest states in Malaysia.

Although many would like to assert that this is the “mother of all elections”, what is less often talked about is how little the political situation in Malaysia has actually changed. There are two reasons why I say this.

Firstly, the formation and rise of Bersatu is a reflection of the deeply entrenched racial divide that dominates Malaysian politics. The United Malays National Organisation (UMNO), the biggest party in the BN coalition that has ruled Malaysia for six decades, rely heavily on the votes of the Malay population to maintain their grip on power. Their raison d’etre has always been to uphold and protect Malay rights, and they have often used the Democratic Action Party (DAP, a predominantly Chinese party in the opposition coalition, Pakatan Harapan) as the boogeyman to strike fear in the hearts of the Malays should UMNO lose power.

At the same time, the rising costs of living and colossal mismanagement of FELDA and MARA, two government entities set up exclusively to aid the Malays – has caused many Malays to rethink the merits of the UMNO/BN administration. These two factors strike straight to the heart of the rural Malay population, the traditional vote bank of UMNO. However, despite this growing mistrust, there is still much hesitancy in casting their vote for the opposition as the fear of “Chinese takeover” remains. What then, is the answer?

Despite its senior leadership consisting of former senior members of UMNO, the party provides an alternative for the Malays. Here is a party that upholds the supremacy of the monarchy and Islam, vows to protect Malay rights, and at the same time, is committed to reforms and social justice for all. Perhaps in Bersatu, the Malays see what UMNO used to be during the early days of Merdeka. The leadership of Tun Mahathir lends more nostalgia as he is famed for putting Malaysia on the map during his reign in the 1990s through huge infrastructure projects such as the Petronas Twin Towers, the Sepang Formula One circuit and the twin cities of Putrajaya and Cyberjaya.

What Bersatu tells us is how little Malaysians have changed. It seems like the answer to all the problems and divisions an all-Malay party has created in sixty years is the emergence of another all-Malay party led by men who used to lead the aforementioned all-Malay party. If we recall the last time a party was formed as a splinter from UMNO, Semangat 46 in 1989, the party was disbanded just seven years later, and many of its members rejoined UMNO. Political analysts have predicted that the same fate might befall Bersatu if it does not win enough seats in this election. Even if the party survives beyond the elections, its existence does not bode well for a Malaysia that truly wants to leave behind the shackles of race-based politics that have plagued the nation for so long.

Secondly, there is a serious dearth of fresh leadership from both BN and PH to propel Malaysia forward. The two most memorable leaders the opposition coalition has had since 1998 have been former UMNO strongmen, Datuk Seri Anwar Ibrahim and now, Tun Mahathir. The next promising talent in PH at the moment, Datuk Seri Azmin Ali, was also a close associate of Anwar during his UMNO days. The DAP has been ruled by the father-son duo of Lim Kit Siang and Lim Guan Eng for the longest time, and Anwar’s wife and daughter continue to be very influential despite Anwar’s jail sentence. In the BN coalition, there is even less room for the young and progressive-minded, Datuk Saifuddin Abdullah who was widely regarded as being one of those men, left to join the opposition in 2015. Najib and current Minister of Defense, Datuk Seri Hishamuddin Hussein are both sons of former Prime Ministers, scions of an elite Malaysian political dynasty.

This severe lack of someone who disrupts these old political orders is mystifying, especially considering the appeal that the opposition coalition has on the youth. Almost all of the component parties in PH have very active youth wings, but rising up the ranks to the top leadership positions in the party remains untenable. What Malaysia needs is leaders who break the status quo – men and women like Indonesia’s President Joko Widodo and Finance Minister Sri Mulyani Indrawati, and America’s President Barack Obama, who all come from humble beginnings, yet possess the intelligence, charisma and leadership qualities required of those in high political office. Malaysia needs some disruptive inspiration – which must come in the form of truly multi-racial politics and the emergence of fresh, dynamic leadership. Only then can the country truly change for the better.

*Bersatu opens up Associate Member positions to non-Malays, but they do not possess voting rights and cannot contest in party positions, although they can be appointed.