I awoke this morning at 6am to a slew of messages.  One was from my good friend in the USA, prominent political commentator, Wayne Allyn Root.  It had a link to an article in a UK newspaper and his comment was simply one word: WOW.

The article was a piece about the ongoing imprisonment of UK citizens, which the government laughably likes to term “lockdown’.  It went on to state that according to the Imperial College Covid-19 response team, who are advising the UK Government; suppression for another 18 months could be in place until a vaccine is ready.

Professor Neil Ferguson, who heads up the Department of Infectious Disease Epidemiology at Imperial College was instrumental in creating the model that informed UK Government decision making and policy.  It was wrong and has been revised, This very same department is heavily funded by the Bill and Melinda Gates Foundation. “Mr. and Mrs. Vaccine” rear their ugly heads again.

And there you have it ladies and gentlemen.  The Covid-19 vaccine is front and cente again and all of us who are fit and healthy MUST wait for the vaccine before life returns to normal.  Sounds reasonable to some people until you understand who is pushing for the vaccine and what a Trojan horse it is; and how unremarkable is Covid-19.

It is already acknowledged that 90% + of those people who die attributed to Covid-19 have pre-existing conditions. This is comorbidity.  In other words; other illnesses are involved.

In a recent US Center for Disease Control and Prevention (CDC) report, 80% of those who die were 65 or older with the highest percentage of severe outcomes in those 85 years or older.  Another report from the CDC and the World Health Organization (WHO) stated that 75-80% of cases resulted in only mild symptoms that resolved in several weeks.  There is no figure for asymptomatic cases that have contracted the virus and not even noticed it.

This then to any logical mind would beg these questions just to start:

WHY are healthy people who have little risk of being severely affected by Covid-19 under lockdown?

WHY is it that people around the world are being told they MUST wait for the vaccine before life returns to normal?

WHY is the contrary advice of respected Doctors and Epidemiologists who are not working for the World Health Organisation not being listened to or considered.  Is it a coincidence, that WHO’s second largest funder, only behind the United States of America government is the Billionaires (you guessed it) “Mr. & Mrs. Vaccine” Bill and Melinda Gates.

WHAT is the true timeline of Coronavirus?  When did it arrive in countries other than China?

WHY are countries around the world crashing their economies, creating an avalanche of poverty and hardship, with the attendant ill-health, misery and death that will follow?

Given the amount of travel from China, including Wuhan, during December and January, it is very possible iCovid-19 arrived earlier than reported cases in many countries and was being confused with seasonal influenza.

The standard government stance around the world seems to be wait for a vaccine.  Is this the correct strategy.  Several protocols have in preliminary studies shown to be very effective against Coronavirus Covid-19.  Dr Anthony Cardillo, ER Specialist and CEO at Mend Urgent Care has seen significant results from hydroxychloroquine, an already tested drug originally meant for Malaria.  This combined with Zinc is a promising protocol with further data from France echoing these results.

Another example of a dissenting voice from the mainstream media scaremongering is Epidemiologist, John Ionannidis, Co-Director of the Meta Research Innovation Center at Stanford University.  He argues that meaningless statistics are being projected based on unreliable samples. He believes the reasonable estimates for fatalities for the general population are between 0.05 percent at a low to a doubtful 1% in a population with a very high percentage of elderly.  This figured extrapolated from the Diamond Princess, a cruise liner with mostly elderly passengers that had an outbreak of Coronavirus. At 0.05 or even double that at 0.1% this represents seasonal flu figures.

For Indonesia, a country with a very young population, and taking into account the data on risk related to age, this then means, a disease that can be handled as a severe form of seasonal flu if protocols to protect the immune impaired and elderly are enacted.

Other Epidemiologists point out that herd immunity is the best way to address the problem with, again, protocols to protect the elderly and vulnerable.  Victor Davis Hanson, A Senior Fellow at the Hoover Institution thinks herd immunity may already exist in California.  This would explain the huge difference in the fatalities between California and New York, as reported by CNN which highlights 32 x as many deaths per 100,000 in New York State than in California which had many visitors from China during the early stages of the Coronavirus outbreak.  (Herd Immunity is explained in the insert).

This brings me round circle to the lovely “Mr. & Mrs. Vaccine, Bill and Melinda Gates. Bill Gates has suddenly become very vocal on the point of Covid-19 as witnessed by his recent Reddit AMA. He seems to think somebody voted for him and what governments should and should not do, and whether people should be “allowed’ to have mass gatherings without a vaccination is somehow his business.   A word to the wise.  A deceptive media will tell you many companies are working on vaccines. True.  But whatever the vaccine, and you can be sure Gates is the frontrunner, I guarantee “Mr.  & Mrs. Vaccine’s” Quantum Dot will be a part of the equation.

So, what is the Quantum Dot I hear you ask.  BioHackinfo.com tells us: “The quantum-dot tattoos involve applying dissolvable sugar-based microneedles that contain a vaccine and fluorescent copper-based ‘quantum dots’ embedded inside biocompatible, micron-scale capsules. After the microneedles dissolve under the skin, they leave the encapsulated quantum dots whose patterns can be read to identify the vaccine that was administered.”

In essence the dot acts much like a barcode and can be read to certify whether you have been vaccinated or not.  Sounds innocuous, but what if you don’t want or need a vaccination, and most certainly disagree with a digital tattoo.  Will you be prevented from entering certain places, or travel?  Will governments just use this power for good or control? 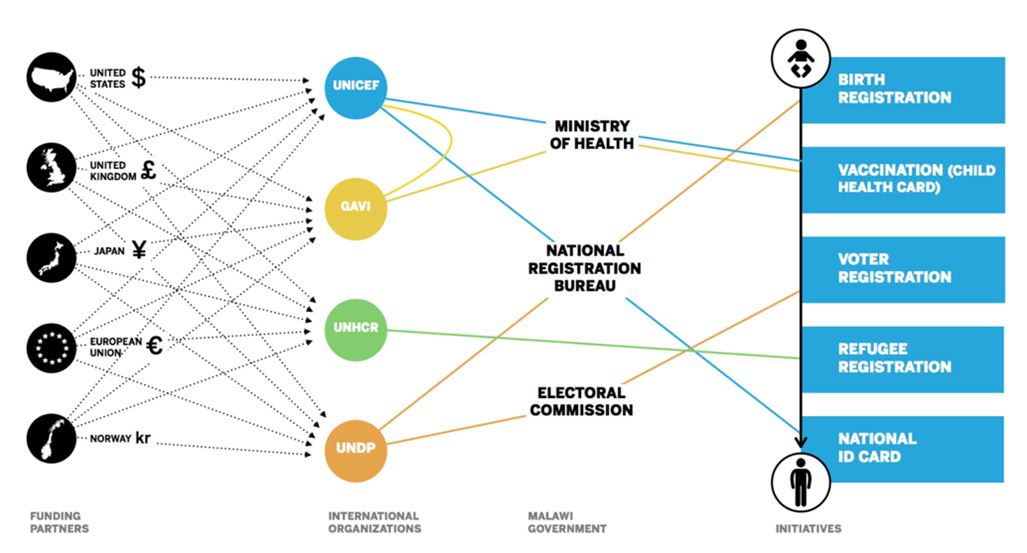 It goes further.  Mr Gates is also working on ID2020 which is a digital identification implanted under the skin.

You might as well get this with the vaccine you need so badly. Don’t believe me. Check their website.   This is a digital identity mark.  Add in a cashless society which many are pushing for and suddenly you are looking at a very sinister idea.

You MUST get the vaccine to be “SAFE’.  With the vaccine you get a digital ID.  These proof of vaccination and ID’s will be used to control access to a myriad of services and freedoms you take for granted now; and then finally a cashless society, so you might as well put that on your Digital ID.  And there you have it.  The few control the many.  You are a slave.

The global deaths from Covid-19, a disease with high comorbidities, is 120,000 as of writing.  The world is in lockdown waiting for a vaccine.  Seasonal flu kills between 290,000-600,000 globally each year. No lockdown.  Economies are being wrecked and millions are being moved into poverty.

Personally, I’m not a great fan of social media.  I don’t like the people that founded most of those companies, but just for this subject I have started a Twitter account.  If you agree with me or are suspicious of what is going on now, please Follow Me at the account listed and share.

Herd immunity, or community immunity, is when a large part of the population of an area is immune to a specific disease. If enough people are resistant to the cause of a disease, such as a virus or bacteria, it has nowhere to go.

While not every single individual may be immune, the group as a whole has protection. This is because there are fewer high-risk people overall. The infection rates drop, and the disease peters out.

Herd immunity protects at-risk populations. These include babies and those whose immune systems are weak and can’t get resistance on their own.

How Do You Achieve Herd Immunity?

There are two ways this can happen.

You can develop resistance naturally. When your body is exposed to a virus or bacteria, it makes antibodies to fight off the infection. When you recover, your body keeps these antibodies. Your body will defend against another infection. This is what stopped the Zika virus outbreak in Brazil. Two years after the outbreak began, 63% of the population had had exposure to the virus. Researchers think the community reached the right level for herd immunity.

“Disclaimer: The author takes full responsibility on the content of this opinion and is also not part of the PinterPolitik.com editorial responsibility.”