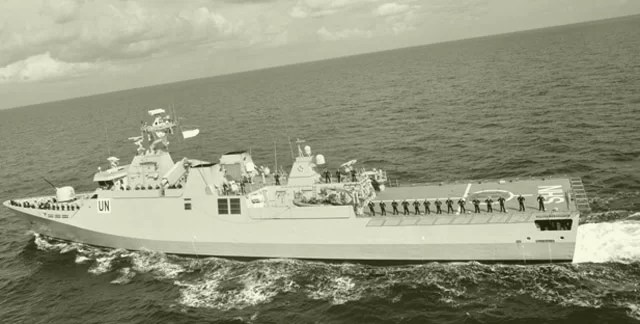 (Original piece published in The Diplomat)

This is a testament of diplomatic achievement as it gives more impetus in voicing issues related to international peace and security. Indonesia’s election by the UN General Assembly for a non-permanent seat also provides a strong statement that the country’s international role is not shrinking. It will continue to uphold its responsibilities as a member of the international society.

Foreign Minister Retno Marsudi reiterated Indonesia’s commitment to world peace and in representing the interests of 193 UN member countries to the best of its abilities. As a non permanent member, there will be four main priorities for Indonesia’s term at the security council:

These issues are of significant importance to peace and stability, however an issue that isn’t part of the current agenda but could be highlighted by Indonesia during its tenure starting in 2019 is addressing maritime security.

The ocean has become a vital component of global trade and economic growth. Roughly half of the world’s container ships – carrying around $5.4 trillion of trade and two-thirds of the world’s oil shipments- pass through the South China Sea from the Malacca Strait and the Indian Ocean. All the world’s major economies have stakes in ensuring the safe passage of shipping through the region; any interruption would have tremendous consequences to the global economy. Thus creating maritime security into one of the most salient issues in the 21st century.

Indonesia is the largest archipelagic country in the world, with an estimate of 16,065 islands and 5.9 million square kilometers of water territory. The Indonesian archipelago is also home to the Malacca Strait, Sunda Strait, and Lombok Strait, which are widely considered as strategic choke points for global trade. Advocating maritime security issues at the UNSC would serve as the articulation of Indonesia’s aspiration to become the Global Maritime Fulcrum (GMF), to quote a term that has become commonly used under President Joko “Jokowi” Widodo.

A seat on the Security Council will provide Indonesia with an important platform to globally address the range of issues concerning nontraditional security threats, such as piracy and armed robbery, illegal fishing, human trafficking, and terrorism. Piracy has become an increasing threat in the Southeast Asian region. Despite an overall decline in the number of piracy attacks from 2015, the region has replaced the Somali Coast as the area most affected by piracy with 68 reported incidents in the South China Sea in 2016, 16 of which involved boarding, hijacking, and kidnapping in the area of the Sulu-Celebes Sea. The nature of these attacks take a different form, most of which are related to the theft of oil and linked with black market and organised crime. In light of this, Indonesia can use its seat to foster a cooperative approach with other powers in naval patrols, joint aerial surveillance, and intelligence sharing.

As a purveyor of international cooperation, Indonesia can also push forward its Indo-Pacific cooperation concept and propose for “rules of engagement” in the Indian and Pacific Oceans. The Jakarta Concord put forward under Indonesia’s Indian Ocean Rim Association (IORA) chairmanship in 2015-2017 can be brought back to light. As a credible representative of the Asia Pacific group, Indonesia can spearhead an informal consultation mechanism for security and stability issues in the region among Japan, China, India, and Australia.Indonesia can also make full use of its opportunity to advance the long-term green water ambitions of the Indonesian Navy. This is part of Indonesia’s plan to modernise its military force under the 2024 Minimum Essential Force (MEF) blueprint adopted in 2005. An Indonesian green water navy aspires to do effective policing of the exclusive economic zone (EEZ) and have limited regional, even international, force projection capabilities. With awareness about the increasingly volatile strategic environment in the maritime domain, Indonesia should not limit itself in growing its peacekeeping personnel, but also ramp up naval capabilities through joint capacity building program and transfer of technology (ToT).

Indonesia can prove its capacity as an emerging maritime power by playing a constructive role in addressing global maritime problems through the application of UNCLOS, maritime diplomacy, naval enhancement, and regional maritime cooperation. Its international activism in the maritime domain will not come at the expense of the other four main priorities asserted by Marsudi. It should be seen as strategic repositioning for Indonesia to create a much bigger impact during its short, two-year tenure as a non-permanent member of the Security Council.