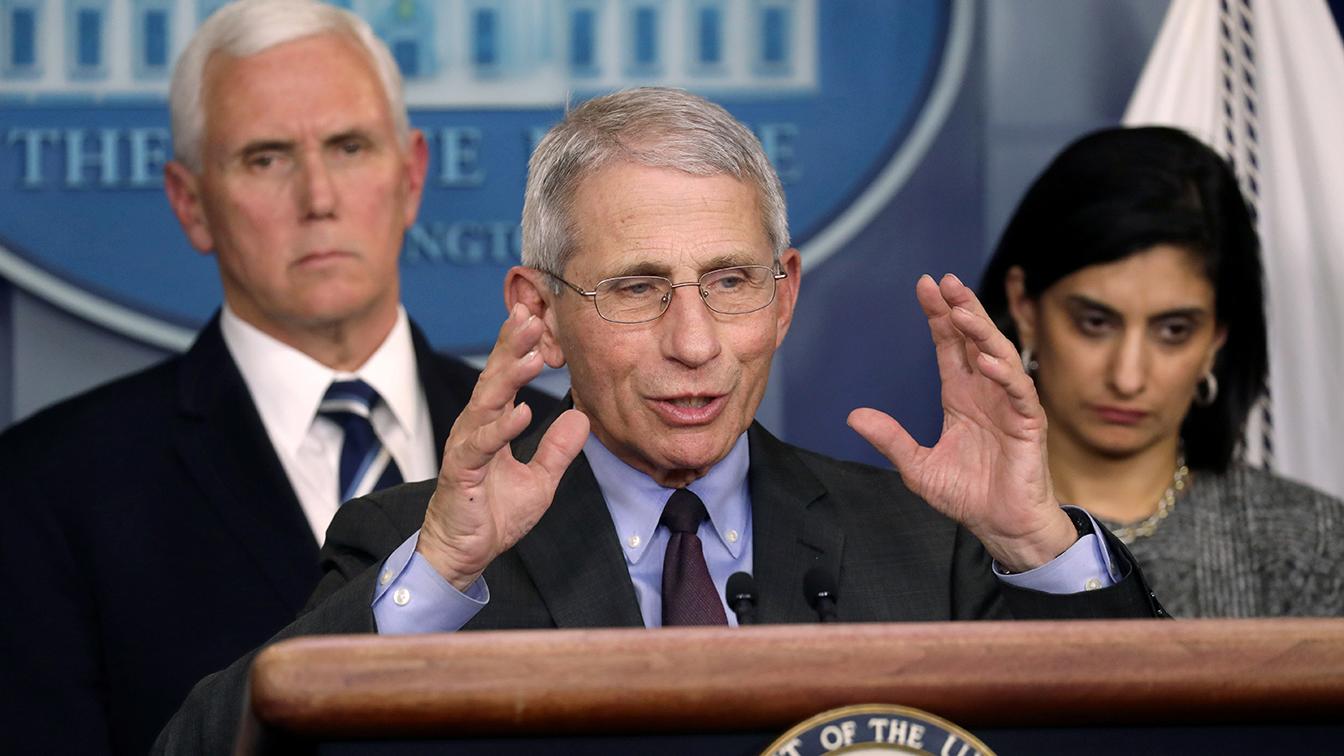 Cross BorderGovernment of the People

Government of the People

On the 18th April 2020, a piece appeared in “Science” magazine, published by the American Association for the Advancement of Science (AAAS) the world’s largest general science membership society. The headline was typical of many that had been appearing since February. It read: Open the doors for us.’ Indonesian scientists say government snubs offers to help fight coronavirus.

It went on to berate the Indonesian government for not immediately bowing to the “so-called” experts, all that are World Health Organisation affiliated, and allowing them to dictate policy to elected officials.

This has been a theme globally. You MUST listen to the experts that the World Health Organisation and their affiliates present, and no other experts that disagree. Let me give you two notable examples from the UK and US. Two countries that currently have government policy dictated by unelected epidemiologists, and two men in particular.

The gentlemen I refer to, and I use that term loosely, are Professor Neal Ferguson at Imperial College, London, and Dr Anthony S. Fauci, Director of NIAID, the National Institute of Allergy and Infectious Diseases in the USA.

Let’s start with the incompetent Professor Ferguson. Why is he relevant. He is the man that produced the report and models that convinced Prime Minister Boris Johnson to go full lockdown in the UK for the perceived threat of covid-19. Let’s examine his record:

2002: Beef cattle (cows) in the UK are struck by a debilitating brain disease. Bovine spongiform encephalopathy, known throughout the UK as mad cow disease. This disease had passed into humans through consumption of the contaminated meat. Professor Neil Ferguson gave a worst-case scenario of 50,000 deaths and 150,000 deaths if the disease also passed into sheep. To date in the UK there have been just 177 deaths.

2005: H5N1, otherwise known as “Bird Flu” or “Avian Flu” was another hyped-up pandemic. Ferguson gave an interview to Guardian Unlimited, a UK publication. In the interview he stated:

“Around 40 million people died in 1918 Spanish flu outbreak. There are six times more people on the planet now so you could scale it up to around 200 million people probably.”

To date 2020, 455 deaths have been attributed to H5N1 “Bird flu”. My mother’s cat could have predicted the figures better and that is a really stupid and lazy creature. 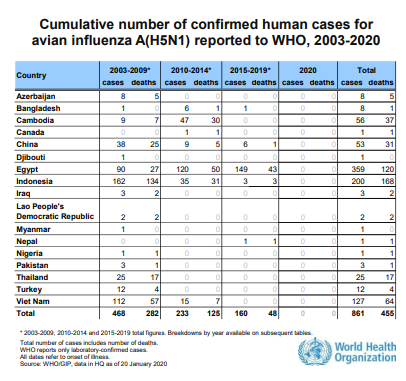 2009: A novel influenza was detected in Mexico (H1N1), otherwise known as “swine flu”. This virus quickly spread around the world. Naturally, Ferguson was called in for his modelling of the virus.  His prediction came as no surprise as it was dire.

According to him and his team at Imperial College H1N1 had a case fatality rate of between 0.3% -1.5%. When pressed for his best estimate he settled for a mortality rate of 0.4 per cent. The ever so gullible UK government again took his advice that produced a worst-case scenario of 65,000 deaths in the UK alone.

A National Health Service (NHS) report on swine flu concluded the following: The H1N1 flu pandemic was announced by the World Health Organization on June 11, 2009, after the strain first emerged in Mexico in March. So far, this well-conducted investigation into all deaths in England known to be attributable to swine flu from July-November 2009 has found 138 deaths out of an estimated 540,000 cases, which is about 26 deaths per 100,000 people (0.026% of those affected).

Ferguson had done his scaremongering work well though and the pharmaceutical companies profited. The UK government ordered 90 million doses of the H1N1 vaccine at a cost of £540 million. In the end 457 people died from swine flu in 2009, less than seasonal flu and £1.24 billion was wasted preparing for a pandemic that didn’t happen. Sound familiar?

Fast forward to 2020 and Ferguson’s recommendations for a lockdown, and the “Stay Home” policy which discouraged strongly meeting friends or socialising. How did he behave. He had an adulterous affair with a married woman and had to resign. This was the man the UK government looked to for advice.

Now let’s look at the wonderful, Dr Anthony S. Fauci. This is the diminutive character we have all seen at the USA Coronavirus briefings peering out from behind President Trump. On queue he ascends to the lectern and proceeds to tell the USA, and effectively the world what we can and cannot do because of this grave and dangerous virus, covid-19, that will necessitate us all hiding at home until his Boss friend, Bill Gates comes up with a vaccine for the world.

The problems which Fauci are numerous, but let’s just examine the most recent. On February 29th, 2020 he appeared on NBC’s “Today Show” and said the following in reply to this question from one of the hosts.

“Dr Fauci, it’s Saturday morning in America. People are waking up with real concerns about this (covid-19). They want to go to malls, to movies, and maybe the gym as well. Should we be changing our habits and if so, how?”

Fauci’s reply, which has been scrubbed by the mainstream media.

“No, right now at this moment, there is no need to change anything you are doing on a day to day basis. Right now, the risk is still low (WRONG) but this could change…”

In 2019 Dr Fauci and his NIAID department got $100 million from the Gates Foundation to develop “gene-based” therapies for HIV and sickle cell disease. This was in October 2019, just about at the same time of the first claims of a novel coronavirus in Wuhan China. Perhaps, not so coincidentally, in 2012 Fauci was named one of the five Leadership Council of the Gates Foundation-created Global Vaccine Action Plan.

When Trump made his decision to into full lockdown it was Ferguson’s, Imperial College forecast of 500,000 deaths in the UK and 2.5 million in the US that Fauci used to make Trump, just like Boris Johnson, eschew a herd immunity policy in favour of lockdown. Both the departments of Fauci and Ferguson have received significant funding from the Bill and Melinda Gates Foundation. Bill Gates name pops up yet again. This “lovely” man who wants to vaccinate us all.

Fauci, who was instrumental in promoting AZT as a therapy for AIDS, which many have agreed was a huge mistake, (and there is still NO vaccine), is the same man talking about vaccines for covid-19. Bill must be happy.

Let’s examine the computer model used by Ferguson. It is based on an undocumented, 13-year-old computer code, that was originally intended to model an influenza pandemic. Many have challenged the assumptions used in the model including John Ioannidis, Professor of Medicine, of Health Research and Policy and of Biomedical Data Science, at Stanford University School of Medicine, who called them: “substantially inflated”.

There is one other very big problem with this model. Finally, the code was released, although not the original it is claimed, and has been independently examined.

Researchers found a major problem. You can feed in the same data and get different results. If the model was sound, with the same data you would get the same result.

They described this as: Non-deterministic outputs. Due to bugs, the code can produce very different results given identical inputs.

Given that it can’t replicate results this problem makes the code unusable for scientific purposes as this is a key component of the scientific method. If you cannot replicate a result, it might not have been correct in the first place.

In other words, both President Trump and Prime Minister Johnson were given worthless data and it is because of that the lockdowns spread around the world.

It is a very dangerous prospect when interests in vaccines, have departments, they fund also presenting models that effect government policy. This is especially of concern when these models are hugely inflated and used to scaremonger and control.

This brings us back to Indonesia. The government is being criticised and harangued for not facing this impending doom, and not listening to the experts, but as I have demonstrated, these experts are repeatedly WRONG and other experts with more moderate and sensible advice are not listened to because they do not conform to the view for lockdowns and a need to rush for a vaccine.

As of writing Indonesia has deaths attributed to covid-19 of just over 1000. A tiny proportion of the population. Less than 0.0003 in fact.

I suggest the Indonesian government, do just that, GOVERN, for the good of the people and not the pharmaceutical companies, or the IMF, waiting to give you loans, for a crisis that need not happen.