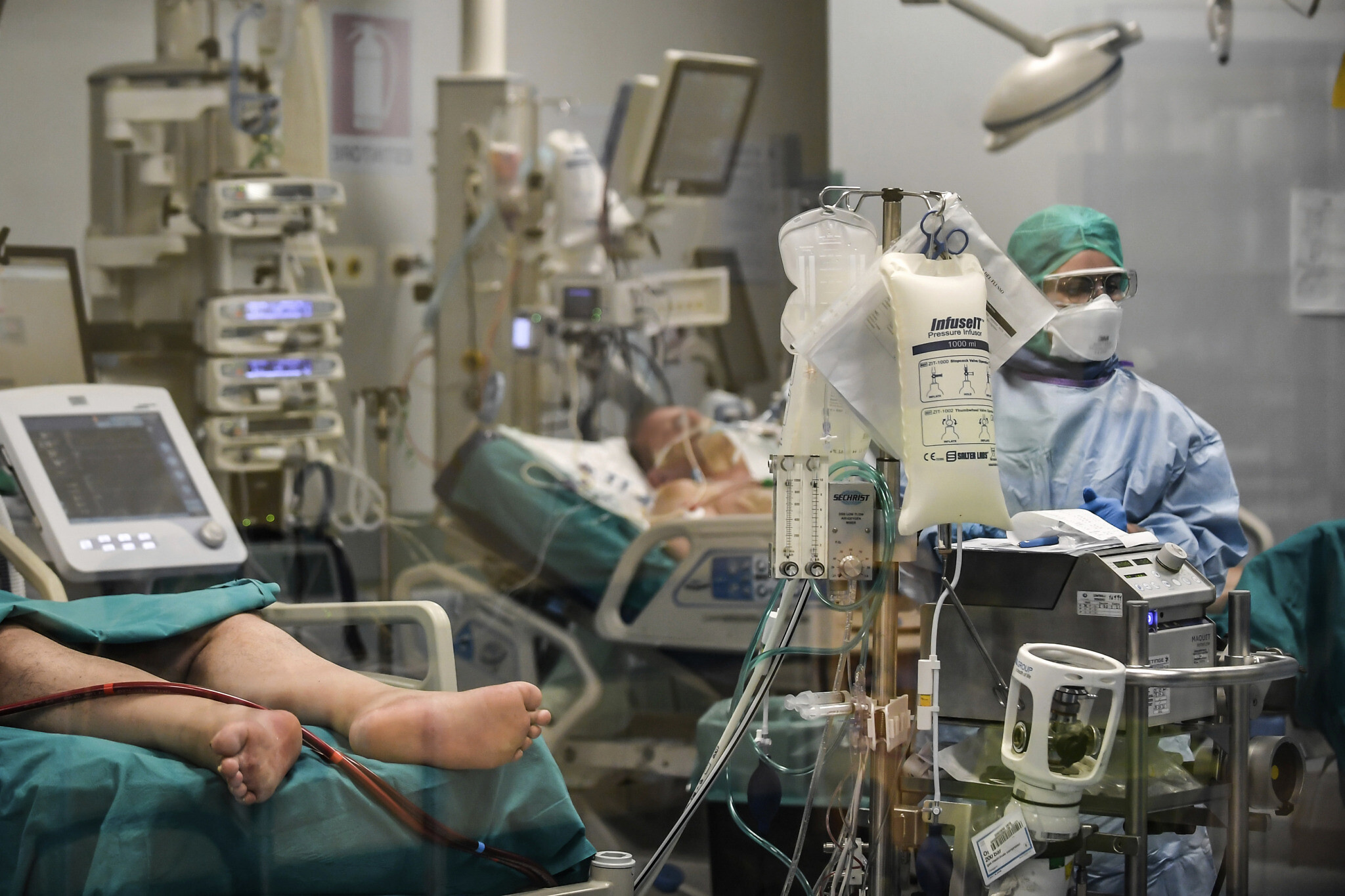 Cross BorderDawn of the Planet of the Apes

Dawn of the Planet of the Apes

I was disturbed from writing this evening, by loud whooping sounds and very loud clapping. I asked a relative; “what is this all about?’. Apparently, I was told, it is clap for the National Health Service.  The Independent Newspaper in the UK describes it as follows:

“The nation has come together to applaud for the country’s healthcare workers for the second time in as many weeks in a show of solidarity with NHS (National Health Service or hospital employees) fighting the Coronavirus.

People across the country headed to their gardens, windows and balconies to offer cheers and applause to doctors, nurses and other NHS staff, replicating similar shows of support in other countries including India, Spain and Italy.”

The clapping was also joined by relative quiet from the nation’s broadcasters – with BBC One, ITV, Channel 4 and Channel 5 all agreeing to pause broadcasting as the clocks struck eight o’clock to share images of the event from across the nation.

Isn’t that nice!  Solidarity. Nations coming together to cheer their valiant healthcare workers. Of course, healthcare workers are valuable and do necessary and important work, but that isn’t the issue; not the issue at all. And not all are so valiant. Many have nothing to do now since hospitals are only taking in patients for emergencies and Covid-19 while cancer patients get no treatment.

These morons hanging out of windows and whooping and clapping like Baboons are virtue signalling.  They are saying to all their neighbours; “Look at me. What a good, obedient citizen I am. I am doing the RIGHT thing’.  The BBC and other media told me.

I have another take on it. These idiots are basically clapping and cheering the demise of their own countries and signalling their satisfaction with their illegal house arrest. They are clapping and cheering as millions are put at imminent risk of starvation from these lockdowns which we are told will “SAVE LIVES?”

The actual figures are appalling. According to the United Nations About 265 million people around the world are forecast to be facing acute food shortages as a direct consequence of lockdowns; a 100% increase from the 130 million estimated to suffer severe food shortages in 2019.  Of those 30 million are likely to die if nothing is done.  THINK, FOR JUST ONE SECOND. 190,000 DEAD COVID-19. 30,000,000 STARVATION. ‘SAVE LIVES’.

In all likelihood Covid-19 will at worst show a 0.1 mortality rate similar to seasonal flu.

None of the people whooping and clapping are questioning the actions taken by their governments; indeed, many are actually enjoying them, seeing no further than the end of their noses and oblivious to where this all is leading.  The International Monetary Fund has warned that the world faces its worst recession since the Great Depression of the 1930s, and yet still the lockdowns persist, as we wait for our saviour; Bill Gates, his vaccines and the Digital ID that will come with it.

Jobs lost will never be recovered; small business closed and gone forever; and the meagre earnings of people in the developing world are reduced to nothing as they have no buyers for their goods or services. This is the logic of the lockdowns to ‘SAVE LIVES’.

Let’s examine the apocalyptic figures that caused such draconian measures to be put in place globally and compare Covid-19 to the Spanish Flu, a genuine pandemic of 1918.

The population of the world at that time was approximately 1.8 billion people.  Experts differ greatly on how many deaths were caused globally, but the range is 1.8 million at the low end to 100 million at the high end. This would mean that Spanish Flu killed between 1-5.4% of the world population. No lockdowns. No economies destroyed.

So, what about Covid-19?  The world population today is approximately 7.8 billion. As of writing, deaths attributed to Covid-19 stand at 190,000, if you believe them and ignore the fact that nearly ALL are due to comorbidity, which I will explain later.  This means that as of writing Covid-19 has allegedly killed 0.025% of the world’s population.  Not even near seasonal flu which kills between 290,000-600,000 people each year, and has an average mortality rate of 0.1, FOUR times that of Covid-19 at present.

Now smarty pants reading this are going to say; that’s because we mitigated like our saviours in the white coats told us to do, but there is a problem with this to.

Not all epidemiologists are on the payroll of the Bill and Melinda Gates Foundation, and their private charity the World Health Organisation. Some are actually honest and experts from the USA, Germany to Italy, and even here in the UK have come out in a chorus refuting the measures taken and challenging the dubious models used as the excuse to remove nations liberties. Even how the deaths are reported is different and unusual.

In the UK Dr John Lee, consultant histopathologist at Rotherham General Hospital and formerly clinical professor of pathology at Hull York Medical School questions how the deaths for Covid-19 are reported.

“There’s a potentially serious problem: the way that deaths are recorded. If someone dies of a respiratory infection in the UK, the specific cause of the infection is not usually recorded, unless the illness is a rare ‘notifiable disease’.

So, the vast majority of respiratory deaths in the UK are recorded as bronchopneumonia, pneumonia, old age or a similar designation. We don’t really test for flu, or other seasonal infections. If the patient has, say, cancer, motor neurone disease or another serious disease, this will be recorded as the cause of death, even if the final illness was a respiratory infection. This means UK certifications normally under-record deaths due to respiratory infections.

Now, look at what has happened since the emergence of Covid-19. The list of notifiable diseases has been updated. This list — as well as containing smallpox (which has been extinct for many years) and conditions such as anthrax, brucellosis, plague and rabies (which most UK doctors will never see in their entire careers) — has now been amended to include Covid-19. But not flu. That means every positive test for Covid-19 must be notified, in a way that it just would not be for flu or most other infections.

Few tests have been carried out in patients with mild symptoms. This means that the number of positive tests will be far lower than the number of people who have had the disease. Sir Patrick Vallance, the government’s chief scientific adviser, has been trying to stress this.

He suggested that the real figure for the number of cases could be 10 to 20 times higher than the official figure. If he’s right, the headline death rate due to this virus will be 10 to 20 times lower than it appears to be from the published figures.”

Again, in the UK, Dr John Oxford, virologist and Professor at Queen Mary, University of London. He is a leading expert on influenza, including bird flu and the 1918 Spanish Influenza, and HIV/AIDS. He also disagrees with the media hysteria.

“Personally, I would say the best advice is to spend less time watching TV news which is sensational and not very good. Personally, I view this Covid outbreak as akin to a bad winter influenza epidemic. In this case we have had 8000 deaths this last year in the ‘at risk’ groups viz over 65% people with heart disease etc. I do not feel this current Covid will exceed this number. We are suffering from a media epidemic!”

One last example. German-American researcher and professor of epidemiology, Professor Knut Wittkowski worked for 15 years on the Epidemiology of HIV and then spent a further 20 years at the Department of Biostatistics, Epidemiology, and Research Design at The Rockefeller University, New York.  He also disagrees with the government advisers both here in the UK, Professor Neil Ferguson, and in the USA, Anthony S. Fauci. Both these men at departments with funding from the Bill and Melinda Gates Foundation.

“With all respiratory diseases, the only thing that stops the disease is herd immunity. About 80% of the people need to have had contact with the virus, and the majority of them won’t even have recognized that they were infected, or they had very, very mild symptoms, especially if they are children. So, it’s very important to keep the schools open and kids mingling to spread the virus to get herd immunity as fast as possible.

We are experiencing all sorts of counterproductive consequences of not well-thought- through policy.

I have been an epidemiologist for 35 years, and I have been modelling epidemics for 35 years. It’s a pleasure to have the ability to help people to understand, but it’s a struggle to get heard.”

That brings me to Indonesia which I believe offers real hope. Indonesia is a huge country with a large and predominantly young population.  Data clearly shows that covid-19 is fatal only to the very elderly and immune impaired. Lockdown is the WRONG policy and the sooner the Indonesian government realises that allowing herd immunity to develop while protecting the very elderly and vulnerable, the better Indonesia will emerge from the crisis. The media hype and lies need to be ignored and discarded.

The character of the nation is to be respectful to their elders and get along in communities, but when they are faced with injustice they will stand up.  My hope is that they will look at the real evidence and act accordingly. If the people do not accept tyrannical edicts, the government cannot enforce them.

One more very important aspect of Indonesia separates it from the majority of the West. In Indonesia God still exists and is at the centre of many peoples lives. It is this faith in God above all which makes control so difficult. In the UK, Germany, France and the rest of Europe God was lost many decades ago. These countries put their faith in government.

Only America still has people that live faith-based lives and they are rising up against the lockdowns.

As Indonesia enters Ramadan it is my sincere belief that they can come together truly as a nation and treat covid-19 as it should have been by all countries in the world.  A severe flu, no more and no less. For certain, they will not be leaning out of their windows and cheering on their own demise.

Previous articleThe Case for Restarting Society Now
Next articleEnough! Of this Nonsense