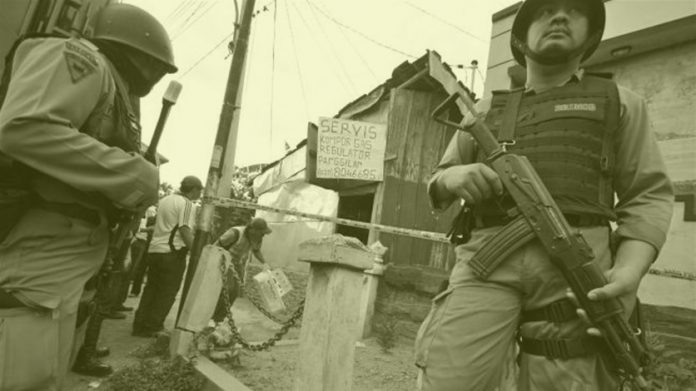 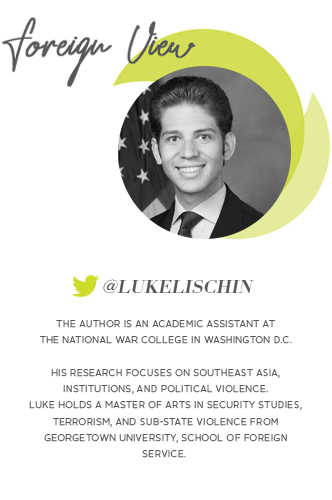 [dropcap]A[/dropcap]s Indonesia continues introspection on the Jamaah Ansharut Daulah (JAD) bombings in Surabaya, it must not lose sight of the regional context in which Indonesian terrorists operate, paying special attention to Mindanao. Since the Surabaya bombings, which killed 28 people, including the 13 suicide bombers themselves, observers are struggling to understand the threat posed by JAD and its overseas networks. Most conversations about JAD’s ties to the Islamic State (IS) focus on fighters returning from the Middle East, and rightfully so, but it would be a mistake to discuss Indonesian fighters from Syria and Iraq while ignoring those in Mindanao.

Commenting on the character of terrorism in the wake of Surabaya, Indonesian Defense Minister Ryamizard Ryacudu stated that the attacks in Surabaya heralded a third generation of terrorists aiming to “move” their struggle from Marawi to Indonesia. This third generation, as Ryacudu terms it, supported and drew inspiration from the 2017 siege of Marawi City. Ryacudu implies that the events of Marawi marked a generational shift in Indonesian terrorism. Contrary to this implication, the third generation of Indonesian terrorists closely resembles those that preceded it with respect to their activities in Mindanao.

During and after the events of Marawi, analysts voiced concern that the Southern Philippines could become a magnet for Southeast Asian Jihadists hoping to establish an outpost of IS in the region. Save for a few select cases, however, connections between terrorist networks in the Philippines and Indonesia after Marawi have remained largely transactional and peripheral to violent incidents in both countries. While incidents of cross-border cooperation remain salient to regional security, JAD and its networks have not appreciably exploited militancy in Mindanao to strengthen their organization. This is because the geopolitical terrain of jihadism in the Southern Philippines offered challenges in addition to opportunities for JAD to participate in attacks overseas and access regional arms markets.

Headed by the imprisoned ideologue Aman Abdurahman, the inner workings of JAD remain opaque, save for the identities of a select few personalities. Zainal Anshori, a former local leader of Islamic Defenders Front (FPI) in Lamongan, was the operational head of JAD until his arrest and sentencing for attempting to arrange the shipment of illegal firearms from Mindanao to Indonesia. The revelation of Anshori’s transnational ties to Mindanao is not surprising. Indonesian nationals belonging to JAD and related organizations, most notably Jemaah Islamiyah (JI), have a well-recorded history of working with Moro insurgents in the Southern Philippines, where decades of rebellion and terrorism have provided foreign fighters opportunities for training, arms procurement, and glory on the battlefield.

Much like in other conflict zones, terrorism and insurgency in the Southern Philippines is driven by intensely local conditions and an array of actors that belie their motivations. The most effective militants in the history of the conflict, namely the Moro National Liberation Front (MNLF) and the Moro Islamic Liberation Front (MILF), owed many of their successes to their ability to capitalize on these conditions and organize political and military commands across ethnolinguistic, clan, geographic, and even ideological lines. The Maute Group has since came the closest to bridging divides among local militants to orchestrate the 2017 Siege of Marawi, mobilizing militants from across the Southern Philippines, in addition to foreign fighters. Now that the eponymous Maute brothers are dead, and much of the rest of their family detained, however, the Maute Group’s coalition has yet to resurface amidst conflicting reports of their status.

Of the estimated 40 foreign fighters recruited by the Maute Group in Marawi during the peak of the siege, at least 20 were believed to be Indonesians. Other estimates place the number of Indonesians at 40, adding that these fighters were drawn from JAD networks in Java and South Sulawesi. Exceedingly few of these fighters, it should be noted, were recruited via social media. Encrypted applications like Telegram played a notable role in organizing financing and logistics between Indonesian and Southern Philippine jihadists, but that digital savvy was not put to great use in the realm of recruitment in Indonesia as it was in other parts of the region.

Per the findings of Institute For Policy Analysis Of Conflict, JAD networks were supported by a follower of Aman Abdurrahman named Bahrumsyah, who used his hard-fought authority as commander of the Indonesian-language brigade in Syria, Katibah Nusantara (KN), to help recruits who could not reach Syria travel to Mindanao instead. For this task, KN relied on a Malaysian, Dr. Mahmud Ahmad, to coordinate financing and recruitment for operations in Mindanao. Among these recruits were young men such as Yoki Pratama Windyarto, whose particular journey to Mindanao began with attending an extremist prayer group known as al-Hawariyun, continued with a plane ticket to the Philippines purchased by a JAD associate of Dr. Mahmud, and ended with his death in Marawi City fighting alongside the Maute Group.

Beyond recruiting fresh volunteers, Dr. Ahmad also worked with experienced JAD middlemen to coordinate regional militancy beyond Mindanao. JAD’s Suryadi Mas’oed, who worked with Dr. Ahamad at the behest of Anshori, was among the most important of these middlemen. Suryadi was a veteran of JI Sulawesi who first trained with the MILF in Camp Abu Bakr Al Siddiq in 1997, and later distinguished himself as a gun-runner supplying local conflicts in Ambon and Poso. After reaching out to his old Philippine contacts and forging new relationships with other foreign militants, Suryadi arranged for the purchase of weapons and training from the Moroccan national Muhammad Khattab, who represented Isnilon Hapilon’s Basilan faction of the Abu Sayyaf Group.

The weapons were to be shipped from General Santos City to East Kalimantan, while Suryadi escorted a group of JAD recruits for training on Basilan. Ultimately, Suryadi’s group training was interrupted by Philippine army offensives on Basilan, while in East Kalimantan Suryadi failed to find a way to traffic the weapons he purchased across the Celebes Sea. After Suryadi’s East Kalimantan network was compromised during the investigation of the 2016 Samarinda church bombing, he fled to Syria only to be caught by Turkish authorities, deported, and rearrested.

While Suryadi managed to travel between Indonesia, Malaysia, and the Philippines for several years before being apprehended in the Middle East, other Indonesians have had trouble even getting to Mindanao. Indonesian authorities have interdicted a number of Indonesians attempting to make the trip to the Philippines by air and sea after Marawi was declared retaken. Meanwhile, Malaysian law-enforcement caught Indonesian, as well as Malaysian and Filipino fighters bound for Mindanao from Sabah. Nevertheless, other Indonesians have successfully made the journey to Mindanao, including a bomb maker and recruiter who may have ties to the JI splinter group Jamaah Ansharut Tauhid (JAT).

The suspect, Musolah Rasim, who may have been misidentified by Philippine authorities as Mushalah Somina Rasima, served jail time for involvement in the 2011 Cirebon police mosque suicide bombing. He was apprehended earlier this year recruiting for Ansarul Khalifa Philippines (AKP) in the vicinity of Palimbang, Sultan Kudarat, which was the location of a now defunct AKP training camp. Perplexingly, Musolah sought to find AKP’s former leader, Mohammad Jaafar Sabewang Maguid aka Tokboy, who was killed by police in January 2017. Whether Musolah knew of Maguid’s demise or not, it appears he was at least attempting to make contact with the surviving leadership of AKP, which was part of the Maute Group’s coalition. If Musolah’s case provides any indication, it is very possible that Indonesian terrorist networks are attempting to reestablish ties to their counterparts in Mindanao after the demise of key leaders during Marawi.

Even without strong Maute coalition leadership, militants in Mindanao will remain viable partners for JAD and their affiliates, if only because these groups continue to occupy territory. However, if the latest draft of the revised Indonesian Antiterrorism Law is passed, and stricter criminal penalties for the importation of arms and precursor substances are enforced, access to Mindanao and its arms market could become more difficult. This will be especially true if the Philippines, Indonesia, and Malaysia can overcome challenges to more effective trilateral maritime patrols. Even without transnational support from Mindanao and elsewhere, the Surabaya attack demonstrated that homegrown JAD networks are already capable of engaging sustained in mass-casualty attacks without the need for transnational assistance. For these reasons, the “third generation” of terrorists in Indonesia are likely to draw more inspiration from Surabaya than from Marawi when plotting future domestic attacks.