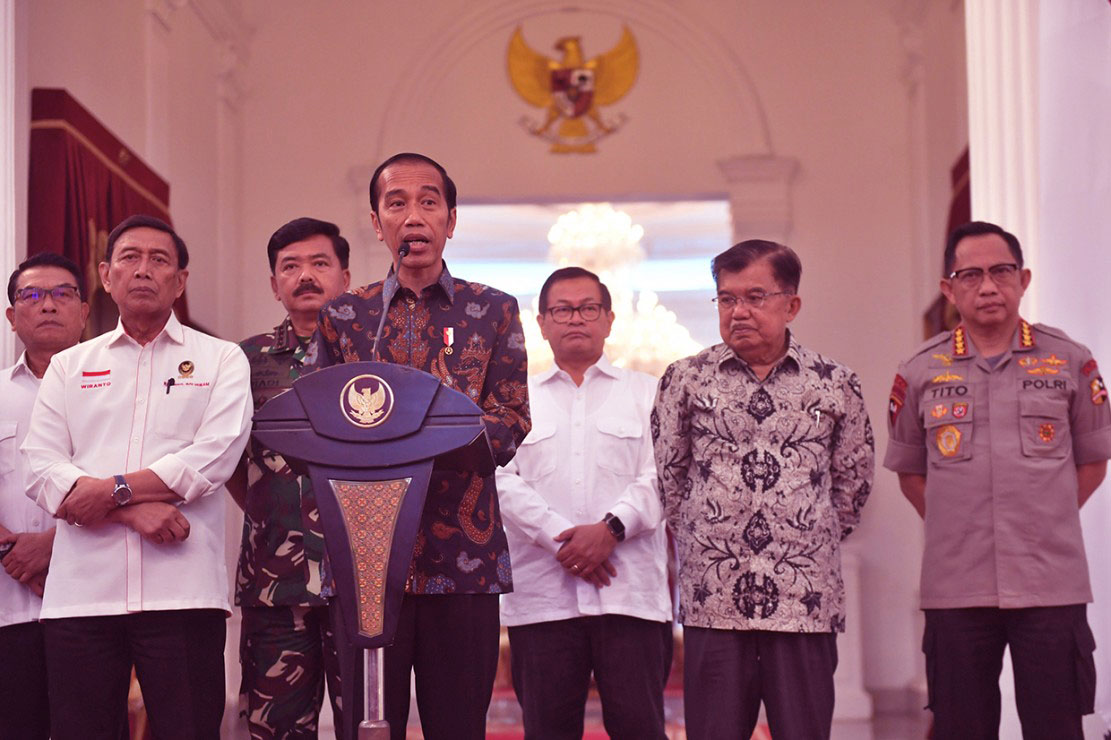 With the final results out of the Indonesian presidential elections, incumbent President Joko Widodo, or Jokowi, has won a sizable victory over challenger Prabowo Subianto, with Jokowi taking 55.5 percent of the vote to Prabowo’s 44.5 percent. The sizable Jokowi win is being presented, at least in some media coverage, as evidence, in an era of populist strongman making gains globally—after all, populist Indian Prime Minister Narendra Modi just led his party to a crushing victory in India’s national elections—that Indonesian voters had somehow rejected strongman politics for a man more committed to democratic pluralism, and to pragmatic fixes for the country’s major needs. The New York Times, for instance, called Jokowi’s re-electiona “repudiation of the nationalist and faith politics that have brought strongmen to power across the globe.”

To be sure, compared with Prabowo, a bombastic former lieutenant general who in recent years had made alliances with Islamists and has regularly hinted that he might rule as a strongman, Jokowi is more committed to Indonesian democratic norms and institutions. Jokowi performed well in many areas of the country with large numbersof religious minorities, suggesting that these voters believe he is more willing to protect concepts of secularism and pluralism embedded in the Indonesian constitution. “For the continued existence of our country,” Jokowi told the New York Times after the final results were released, “we have to rely on Indonesia’s culture, which is diverse and tolerant.”

Yet Jokowi’s first term hardly suggests that, in his second term, he is likely to steer Indonesia back toward a pluralist path. He seems unlikely to move the country away from some of trends that point to growing military influence over the economy and domestic politics, an increasing crackdown on free speech, and rising intolerance for religious and ethnic minorities, and LGBT Indonesians.

During his first five years in office, Jokowi abandoned many initial hopes that he would be a powerful champion for democracy, rights, and pluralism in a country that is increasingly facing sectarian divides and an empowered Islamist movement. He has said virtually nothing about the growing intolerance toward religious minorities, or the increasing jailing of LGBT Indonesians. He occasionally defended the LGBT community, but his government has not taken any action to stop attacks on LGBT people by Islamist hard-liners, often with the apparent support of the security forces. Last year, Jokowi, in a meeting with UN officials, implied that LGBT men and women should not be accepted in Indonesia.

Meanwhile, in the latter part of Jokowi’s first term, he appointed former military men to many high positions in his government, and gave them multiple portfolios. This is a worrying sign for rights and for civilian control of the armed forces, given the army’s track record of abuses, and the fact that some of the men Jokowi placed at senior government positions themselves, like Defense Minister Ryamizard Ryacudu, have been linked to abuses in the past. The defense minister also is notorious for his anti-gay statements; he has saidthat Indonesia’s LGBT rights movement is “a form of proxy war” against the country.

Perhaps, now that he does not have to run for office again, Jokowi will be more willing to use his bully pulpit to push back against rising Islamism, and increasing intolerances of minorities. But Jokowi is not normally a bully pulpit type speaker; he prefers to effect change in incremental ways, unlike some of his predecessors. This is part of his common man appeal, but his modest speaking style is not necessarily suited for using the rhetorical powers of the presidency to stand up for secularism and pluralism, and to combat rising Islamism.

He also appears especially focused, as his second term launches, on delivering on areas like improving social welfare programs, continuing his work to upgradeIndonesia’s physical infrastructure, and making inroads into extreme poverty, as well as attracting investment. These are all much-needed and important areas for the president to focus on, the core of the pragmatic platform of a many who cut his teeth in politics as a big city mayor. But they will do little to stop the country’s slide into sectarianism and illiberalism. Jokowi also has promised a major revamp of his cabinet later this year, a common move after re-election. Still, given Jokowi’s close links with so many top military men, many military leaders will remain in the president’s close circle.

In the weeks since the election, too, there are no signs that Jokowi intends to halt his efforts to use state powers against political opponents, even though he has been re-elected. Earlier this month, security forces arrested a prominent supporter of Jokowi opponent Prabowo, on treason charges, for supposedly planning large protests.