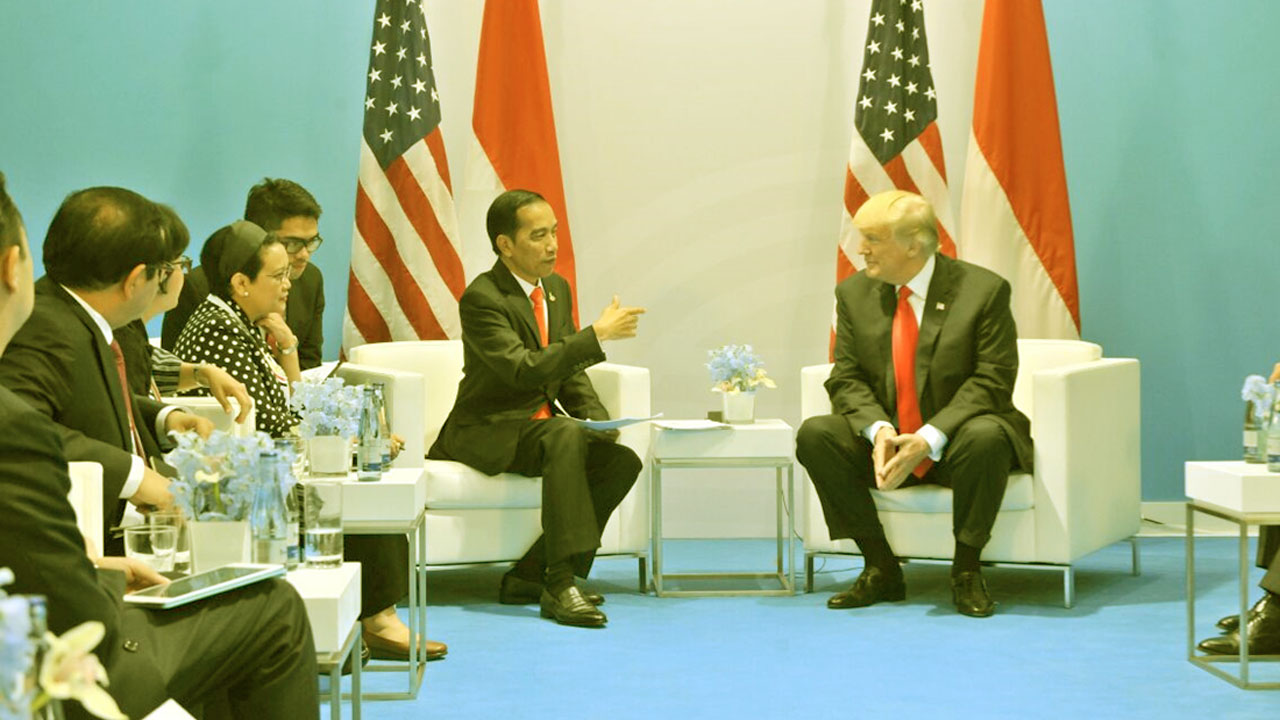 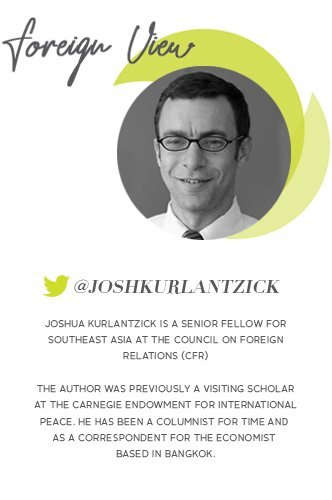 [dropcap]T[/dropcap]he Donald J. Trump administration has pursued a foreign policy toward Southeast Asia that has simultaneously courted and alienated countries in the region. The White House has taken a tougher approach to regional security, including increasing freedom of navigation patrols in the South China Sea and developing a regional concept, the “Free and Open Indo-Pacific,” which draws clearer lines against coercive behavior in regional waters and trade practices, especially by Beijing. The U.S. president also has spent extensive time in Southeast Asia, a contrast to some of his predecessors. On the other hand, the Trump administration has angered many Southeast Asian states by ramping up trade wars, which could impact some of the region’s most trade-dependent economies. The Trump administration’s challenges with governance at home and harsh approach to some issues like immigration further poison ties with Southeast Asia.

The White House often has placed an emphasis on relations with Vietnam, Singapore, the Philippines, and Malaysia, forsaking ties with Indonesia. To some extent, these decisions make sense. Vietnam and Singapore are close strategic partners that are generally aligned with U.S. concerns about China and have become increasingly worried about China’s regional assertiveness, especially in the South China Sea and regarding influencing other states’ political systems. The Philippines is a U.S. treaty ally, Trump seems to personally like Philippine President Rodrigo Duterte, and the Philippines is the first country in Southeast Asia to embrace the idea of negotiating a bilateral free trade deal with the Trump administration, which jibes with the White House’s preference for bilateral trade liberalization rather than multilateral deals. Malaysia long has been an important U.S. security partner, and the new administration of Mahathir Mohamad has openly worried about China’s growing regional influence and sought to rebalance Malaysia’s foreign policies.

But the Trump administration should, for the rest of its term, devote greater attention to U.S.-Indonesia relations, which have largely taken a backseat for this White House. In a Council Special Report for the Council on Foreign Relations, I examine why both sides would benefit from closer ties, and discuss steps that Jakarta and Washington could take to build the relationship.

Washington and Jakarta have multiple interests in common. Although Jakarta may be worried that the Free and Open Indo-Pacific concept could force Southeast Asian states to choose more clearly between Beijing and Washington, concern is rising in Indonesia about Beijing’s approach to the South China Sea. The possibility that Association of Southeast Asian Nations (ASEAN) states might eventually agree with China to a common code of conduct for the South China Sea—still a relatively distant prospect—probably will not stop Beijing from encroaching on other states’ territorial waters, if history is any guide.

In addition, the U.S.-Indonesia economic relationship remains underwhelming, especially compared to U.S. economic ties with most other major economies in Southeast Asia. The Trump administration’s tough approach to trade, combined with growing economic nationalism in Indonesia, could further harm trade ties in at least the next two years, in an era when Indonesia still needs substantial foreign investment to keep growth rates up and to boost the Indonesian economy into higher-value industries. U.S. companies, meanwhile, are missing an opportunity if they remain out of Indonesia, projected to be one of the four biggest economies in the world by 2050.

Both countries, too, want to focus on nontraditional security threats in Southeast Asia, including piracy and terrorism, which remains a focus of the Jokowi administration. The Trump administration has boosted cooperation with Malaysia, Singapore, and, to some extent, the Philippines in combating terrorism but only has made modest inroads in working with Jakarta.

Given that Presidents Trump and Jokowi have downplayed values-based foreign policy and that economic nationalism in both countries has hampered bilateral economic ties, it is unlikely that the United States and Indonesia will collaborate in promoting democracy in Southeast Asia or in dramatically upgrading their trade relationship in the near term. The two countries’ leaders should instead focus on security cooperation, where the United States and Indonesia have significant common interests. They should also take steps to ensure that the economic relationship does not get worse, while accepting that politicking before the 2019 general election in Indonesia will probably lead to a tougher environment for investment in Indonesia, at least for a time.

The strategic partnership the United States and Indonesia signed in 2015 established an annual ministerial-level dialogue, but the dialogue never actually commenced under the Obama administration. The two sides should finally convene the dialogue, and should have a broader, more regular range of contacts between senior officials; top U.S. officials meet more regularly with counterparts from Vietnam, Singapore, and Thailand, among other regional states, than they do with counterparts from Indonesia. The two sides should use the dialogue to announce steps toward bilateral cooperation, especially in dealing with Islamic State-linked groups in Southeast Asia, piracy and transnational crime, and a common approach to freedom of navigation in the South China Sea. At the same time, the White House should understand that, while Indonesia might support some goals of the Free and Open Indo-Pacific strategy, Jakarta, like many Southeast Asian states, does not want a region in which countries openly have to take sides between Washington and Beijing.

In addition, the Jokowi and Trump administrations should work together to modernize Indonesia’s maritime forces, a key goal of the Jokowi administration. Washington should boost sales to Jakarta of larger maritime vessels, new planes, and fast coast guard ships. The United States further should create a small, permanent force of police officers to lead foreign police trainings. The United States is already closely involved with training the Indonesian police, but this effort is hampered by its not having a permanent unit, located within the Department of Defense, the Department of Justice, or the Department of State, for training local police forces. Such a unit—a police force that could be deployed to various countries for trainings—would bring greater experience and skill to training programs, including those aimed at combating terrorist networks.

While accepting that the run-up to the 2019 Indonesian general election, and the Trump administration’s nationalistic, sometimes isolationist approach to trade, both impede closer economic ties, Jakarta and Washington can keep the economic relationship growing, at least at a slow pace. For one, the White House should simply fill its many vacant Asia-related executive branch positions, which would at least give Indonesian (and other Southeast Asian) leaders counterparts to deal with in Washington. The White House also should consider significantly increasing its commitment to a regional financing mechanism for physical and digital infrastructure in the Asia-Pacific; right now, the United States has only announced about $110 million in initial funding. The United States and Indonesia also should hold a high-level summit in Jakarta involving leaders of large U.S.-based multinationals, Jokowi, and other top Indonesian officials. Such a summit could provide an opportunity for Jokowi to discuss new investments in Indonesian infrastructure, one of his biggest priorities, with U.S. companies. U.S. firms—possibly working together with Australian and Japanese companies that have familiarity with Indonesia—could be competitive bidders for the roads, rails, ports, and other infrastructure projects Indonesia desperately needs.

A stable and improved U.S.-Indonesia relationship is possible, even in an era of rising nationalism in both Jakarta and Washington. For the United States, too, an Indonesian government that takes a stronger stance on the South China Sea could prod ASEAN to take a more unified position overall on South China Sea disputes. In recent years, ASEAN has failed to achieve consensus on a strategy toward the South China Sea, but a stronger Indonesian position could convince other Southeast Asian nations, like Malaysia and the Philippines, to join a unified approach to the South China Sea and other important regional waters. Meanwhile, keeping economic ties at some baseline will create the environment for greater trade down the road. After all, although the White House is not focused on Indonesia, any long-term U.S. economic strategy toward Southeast Asia needs to recognize that Indonesia is the largest economy in the region and the biggest untapped market for U.S. firms in Southeast Asia.

This article is adapted from Kurlantzick’s Council on Foreign Relations Council Special Report, Keeping the U.S.-Indonesia Relationship Moving Forward, which is available at cfr.org/indonesiacsr.