Home Foreign View Australia, China, Vanuatu and an “Elephant in the Room” 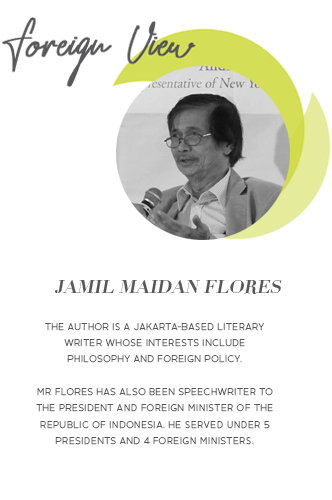 When Dr. Hassan Wirajuda was Minister for Foreign Affairs of Indonesia and he was negotiating the Lombok Treaty on security with Australia in 2005, he often expressed the view that “if Australia would be invaded at all, the invading force would not come from Indonesia but from farther north.” He was reacting to reports that many Australians regarded Indonesia as a major threat to Australian security.

Today not a few Australians may consider his words prophetic in the face of recent developments in the South Pacific. According to Fairfax Media, one of the biggest media organizations in Australia and New Zealand, there have been informal preliminary discussions between the governments of China and Vanuatu about the establishment of a Chinese military base on the tiny archipelago some 1,750 kilometers—a stone’s throw—away from northeastern Australia.

If the report is true then it supports Dr. Wirajuda’s hint that Australia should not worry about Indonesia’s military doctrine and brood more about that expansionist force from “farther north.” For in those 1,750 kilometers between Vanuatu and the coast of Queensland there is nothing but seawater and the Great Barrier Reef.

Known as the Coral Sea, this body of water was the scene of a fierce battle between the navies of Imperial Japan and the US during the Second World War. The conventional wisdom has always been that whoever controls this maritime territory has command of all the air and sea routes between Australia and the US.

And if China gained military control of this area, at the very least it could threaten the balance of power in the Indo-Pacific region. The situation could erupt into a major war between China, the rising hegemon, and the US, the established (and declining hegemon).

The reaction of the Australian government to the Fairfax report was swift and serious: it demanded explanations from both the Chinese and Vanuatu governments. The two governments in effect replied that all this talk about a base is baseless.

Vanuatu Foreign Minister Ralph Ragenvanu was emphatic: “No one in the Vanuatu government has ever talked about a Chinese military base of any sort in Vanuatu.. We are a non-aligned country. We are not interested in militarization.”

The Chinese foreign ministry spokesman dismissed and denounced the report as “fake news,” then cited the Vanuatu denial as sufficient to clarify the whole affair.

The Australian government accepted both China’s and Vanuatu’s explanation. Yet, Australian Prime Minister Malcolm Bligh Turnbull found it necessary to give a steely warning: “We view with great concern the establishment of any foreign military bases in those Pacific island countries and neighbors of ours.”

Some Australians who are keen China observers are not reassured. In their minds, the probability is that given half a chance, China would build a military base in the Australia’s neighborhood. They believe that what China has done in the Horn of Africa and various other places in Asia, it could also do in the South Pacific.

The modus operandi is simplicity itself: first it invests millions of dollars in the infrastructure program of a country. When that country begins to have problems managing its debt to China due to high interest rates compounded by the weakness of the debtor’s economy, China improvises. As a lone wolf creditor, China is not bound by the niceties of World Bank and IMF rules.

It could make fiscal concessions in exchange for political compromise. Or it could demand control of vital infrastructure through debt-equity swaps. In media circles this is called the “Chinese debt trap.” China critics like to point out, as object lesson, the case of Djibouti, a country that overlooks the flow of shipping through the Red Sea and the Gulf of Aden on the northeastern rim of the Indian Ocean.

As a long-time Western ally, Djibouti hosts American, French and Japanese military bases. China came in late but very strong. Today China has a naval base in Djibouti that can accommodate some 10,000 marines while serving as a facility for military logistics.

How did that happen? It is no coincidence that Djibouti’s debt to China stands at $1.2 billion. The US now fears that Djibouti, by force of its indebtedness, might hand over to China the port that services the American base, resulting in a situation where China could impose restrictions on US naval operations in Africa.

Vanuatu’s debt to China is about $220 million, not anywhere near Djibouti’s $1.2 billion, but it has a minuscule population of less than 280,000 and a much lower GDP. Vanuatu is more vulnerable. On top of that, China is constructing several government buildings and a school at a total cost of $50 million. It has already built the parliament building, a convention center and a sports stadium.

On some fateful day in the future, China could be demanding its pound of flesh in the form of—well, it would not be called a military base. China would not be so crude. It would probably be called, like the one in Djibouti, a “logistics facility.”

Not everyone in Australia is worried about Chinese encroachment in the South Pacific. Listen to Vanuato-based Ben Bohane, an Australian photographer and author who has extensively written about and photographed life at the Melanesian grassroots.

The elephant in the room

“China, China, China,” he says. “All the talk is of increasing Chinese influence in our region. But this is to willfully ignore the elephant in the room.”

The invisible pachyderm is Indonesia. Bohane claims that, contrary to most commentary, the biggest destabilizer in Melanesia in recent times has not been China but Indonesia. “Jakarta,” he says, “has deliberately paralyzed the Melanesian Spearhead Group (MSG) while seeking to influence local MPs and political parties across the Pacific to try and stop snowballing regional support for West Papuan independence.”

Then he drops a bombshell:

The reason Vanuatu and other Melanesian nations are turning to China is because they worry more about Indonesia, which has directly threatened Vanuatu over its strong diplomatic support for the West Papuans.

It is true that in the past several years, Indonesia has carried out an intensive charm campaign among the Pacific island countries, especially the Melanesian Spearhead Group, to which Vanuatu belongs. And it is true that there are some hard-driving native Papuans lobbying the MSG governments to allow Indonesia a deeper participation in the work of the Group.

But this is all a defensive maneuver; there is no stealth. Indonesia simply wants to keep its territorial integrity in its Papua provinces and offset diplomatic support for Papuan independence in the Pacific islands. And is Indonesia in any position to threaten Vanuatu or any other government?

I recently asked an Indonesian diplomat recently returned from an assignment in the South Pacific what he thought of Bohane’s claim that Indonesia is the terror of the twilight driving South Pacific nations into the arms of China. He smiled and said that this was par for the course among many Australian writers. Nothing unusual. “They just make my life interesting,” he said.

But the situation is more than merely interesting. There is a real danger here. By overstating the impact of Indonesia’s attempt to project soft power in the South Pacific, pundits may be gifting the Chinese debt trap with the cloak of invisibility. Nations that are driven to be scared of Indonesia may forget to be afraid of China.

And there could be hell to pay after that. 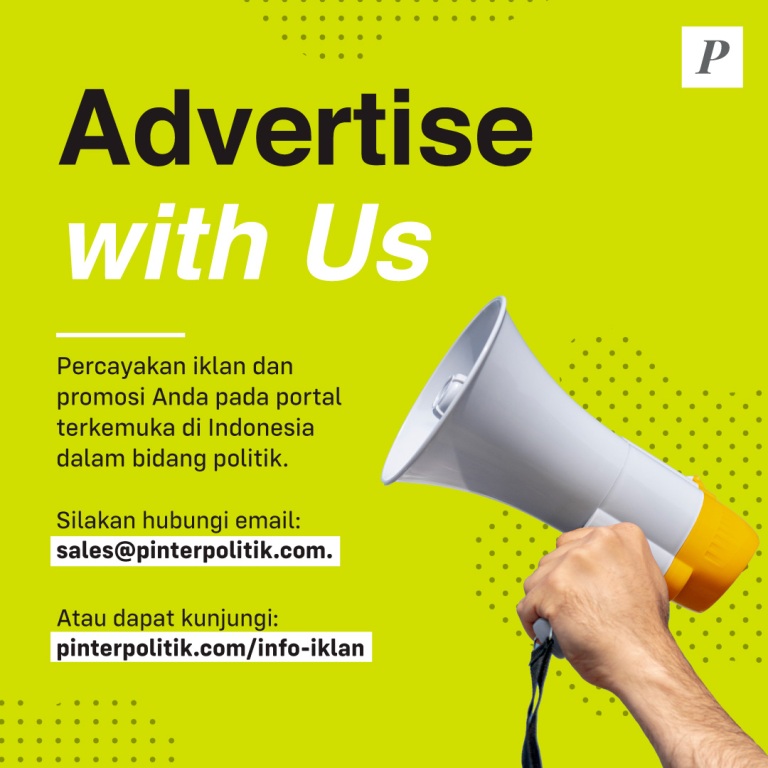